The Story of ERSTE Foundation

Where we come from

Long before we became a foundation – in 2003 – and a strong partner of non-governmental organisations in Europe – from 2006 on – we were a social business ourselves.

In 1819, a group of Viennese citizens founded a private association to give common people opportunities for making provision for the future and establishing a secure and independent livelihood for themselves and their families. The association was run by dedicated volunteers in a poor neighbourhood, was innovative and obviously sustainable. It was called Erste oesterreichische Spar-Casse and was the “first Austrian savings bank”.

In 1993, the Erste transferred its business operations to a public limited company. A new subsidiary, Die Erste österreichische Spar-Casse AG, was founded for this purpose. The savings bank itself was given the name DIE ERSTE österreichische Spar-Casse Anteilsverwaltungssparkasse. This kind of holding company is referred to in German by the initials AVS. It is the legal predecessor of ERSTE Foundation.

The recent history of ERSTE Foundation starts a few years after the beginning of the third millennium when the foundation  was established in December 2003.

A joined journey of Bank and Foundation

In 1997, Erste Bank starts its expansion into an area where its predecessors, then independent savings banks, had already gone in the past. First Hungary, then the Czech Republic, later Croatia, Slovakia, Serbia and finally Romania become markets for our group. In each country Erste acts as an international brand with strong local ties. ERSTE Foundation has supported Erste Group becoming one of the biggest financial service providers in CEE and has repeatedly participated in Erste Group’s capital increases. While the bank invests in the economy, the foundation invests part of its dividends as core shareholder in the societies of the region.

The history of Erste Group

ERSTE Foundation —
A History in Objects

In 2006, ERSTE Foundation started its philanthropic operations. It viewed itself as a creative workshop for ideas and innovation, a lab for topics of the future which increases its effectiveness through strategic cooperation via networks. 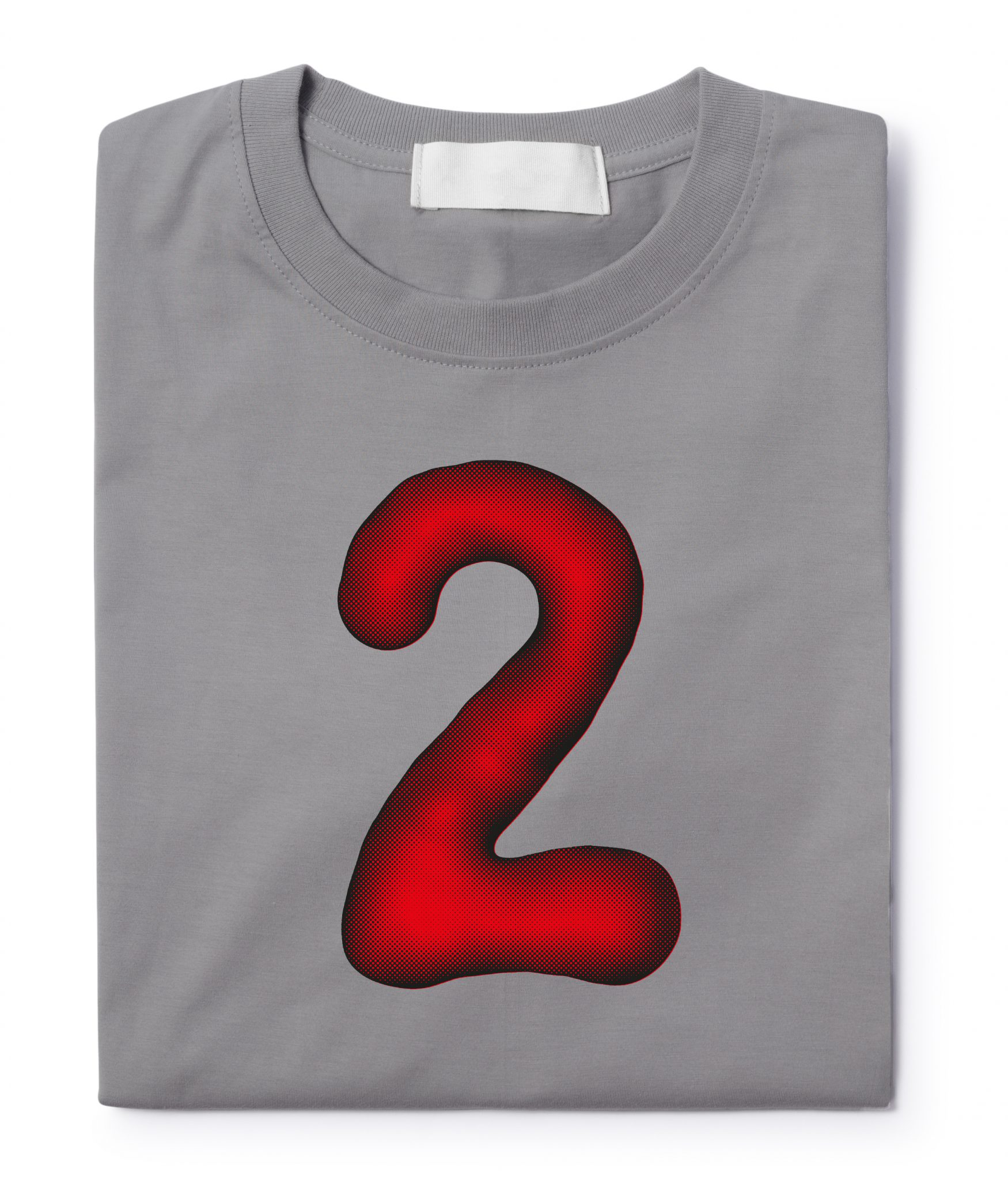 In 2006, the first institution founded with the support of ERSTE Foundation was a bank for the unbankable. Learn more about a bank that wants to loose its clients, that is not interested in profit and entirely run by volunteers: www.zweitesparkasse.at

“Die unbekannten Nachbarn” (The Unknown Neighbours) – the 1000th book from the ERSTE Foundation Library is catalogued and treats minorities in Eastern Europe. The catalogue goes online. Since 2008, the library’s media holdings have been accessible worldwide via an Online Public Access Catalogue (OPAC). Media can be searched, reserved and ordered online. ERSTE Foundation’s knowledge hive is constantly growing. More than 12,000 media are already available in 2021. 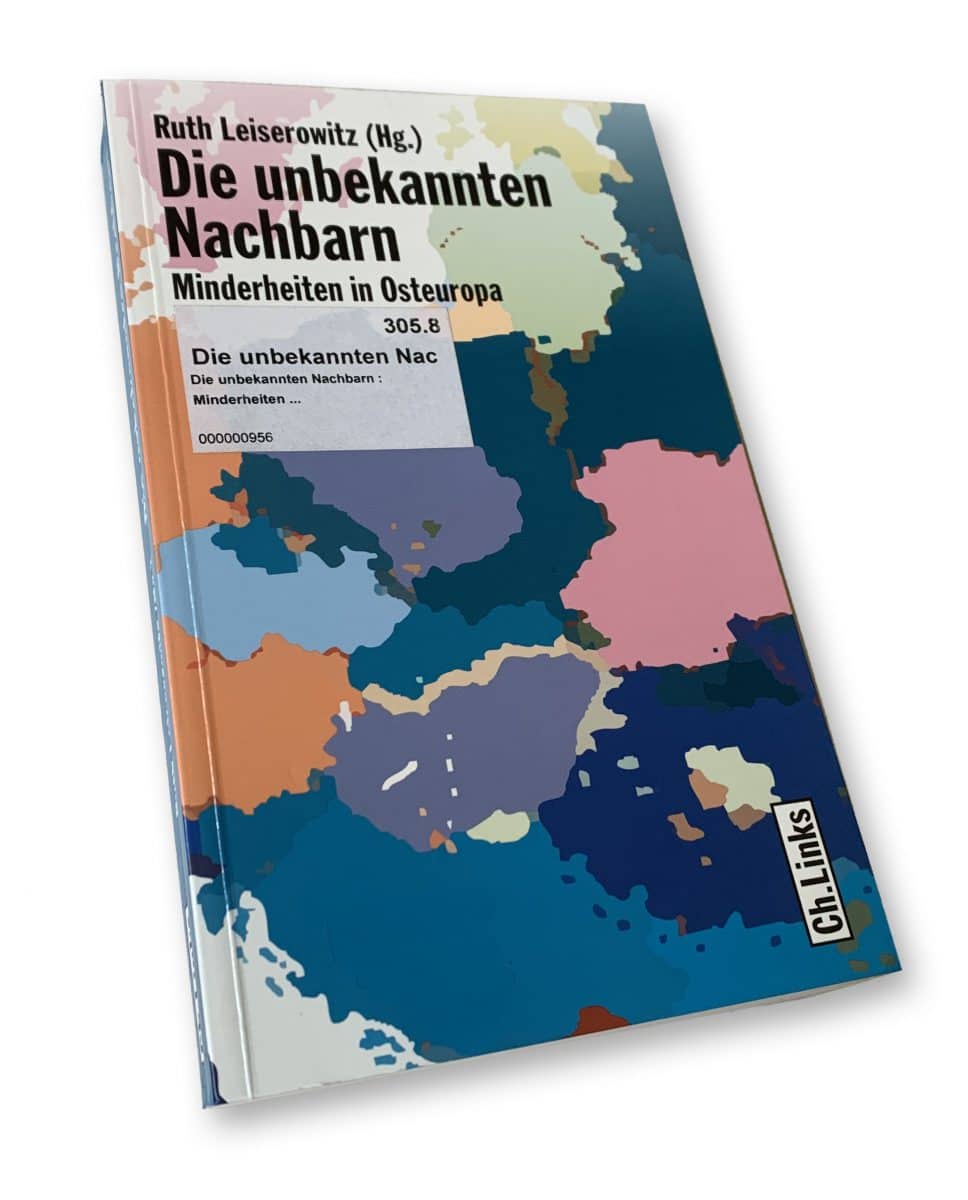 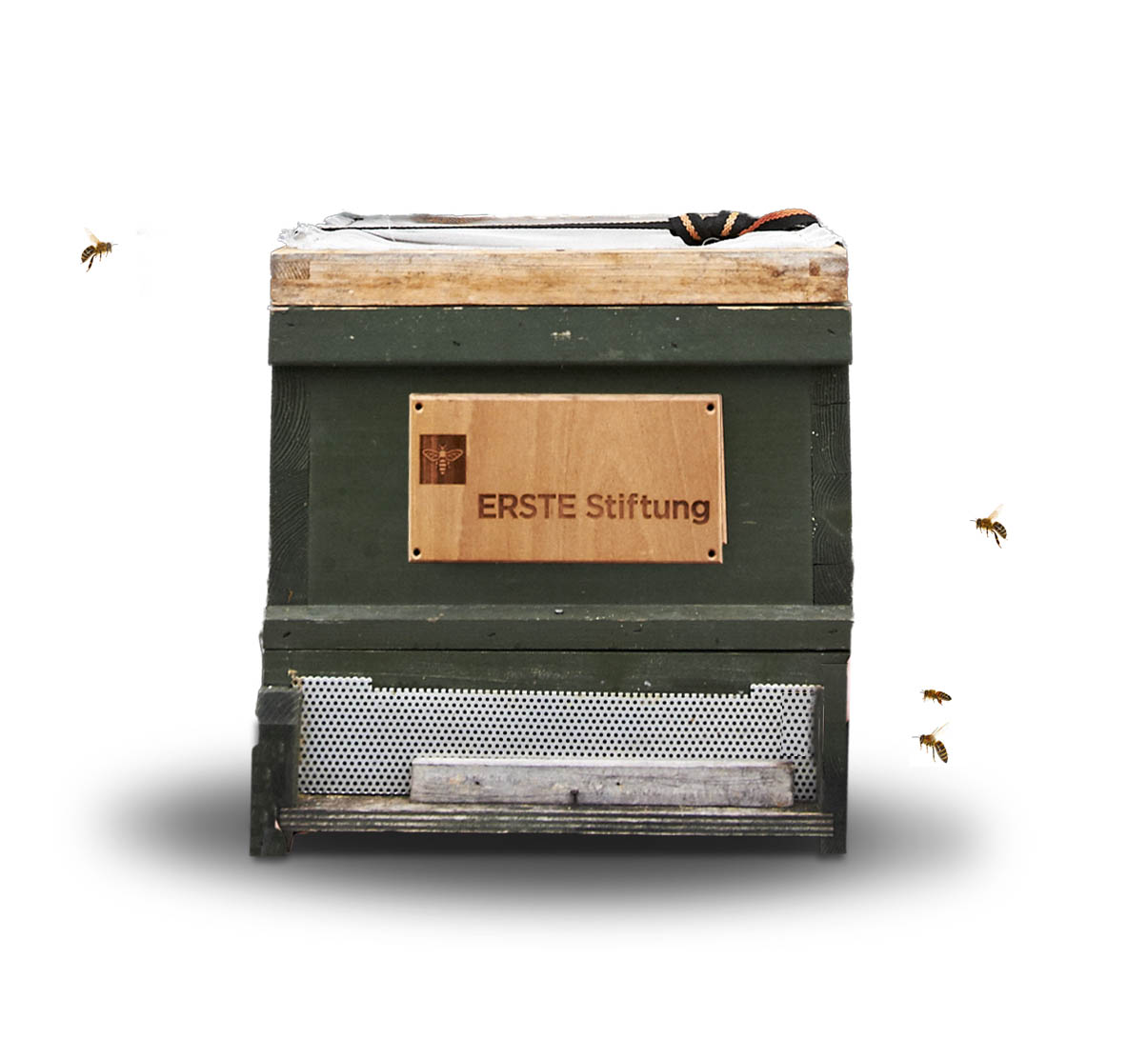 A past and a logo with a bee has consequences! In April 2012, a first bee hive was installed on the roof top of Secession building in Vienna, a direct neighbor of ERSTE Foundation’s office building at that time. We started to produce our own honey! Today we cooperate with a social initiative in our current neighbourhood. Sunny Honey is the natural product of the “Sonnwendgarten” neighbourhood garden, which we have been supporting since 2018.

And the bee goes on! In 1869, Eduard Strauss, the youngest son of Johann Strauss and the younger brother of the famous Johann Strauss son, composed a “bee polka” for the 50th anniversary of the Erste Österreich Spar-Casse.

In 2013, Paul Divjak and Team Tool Time chose a contemporary form for a sound piece with a bee: the “Bee Pop – Prologue”! 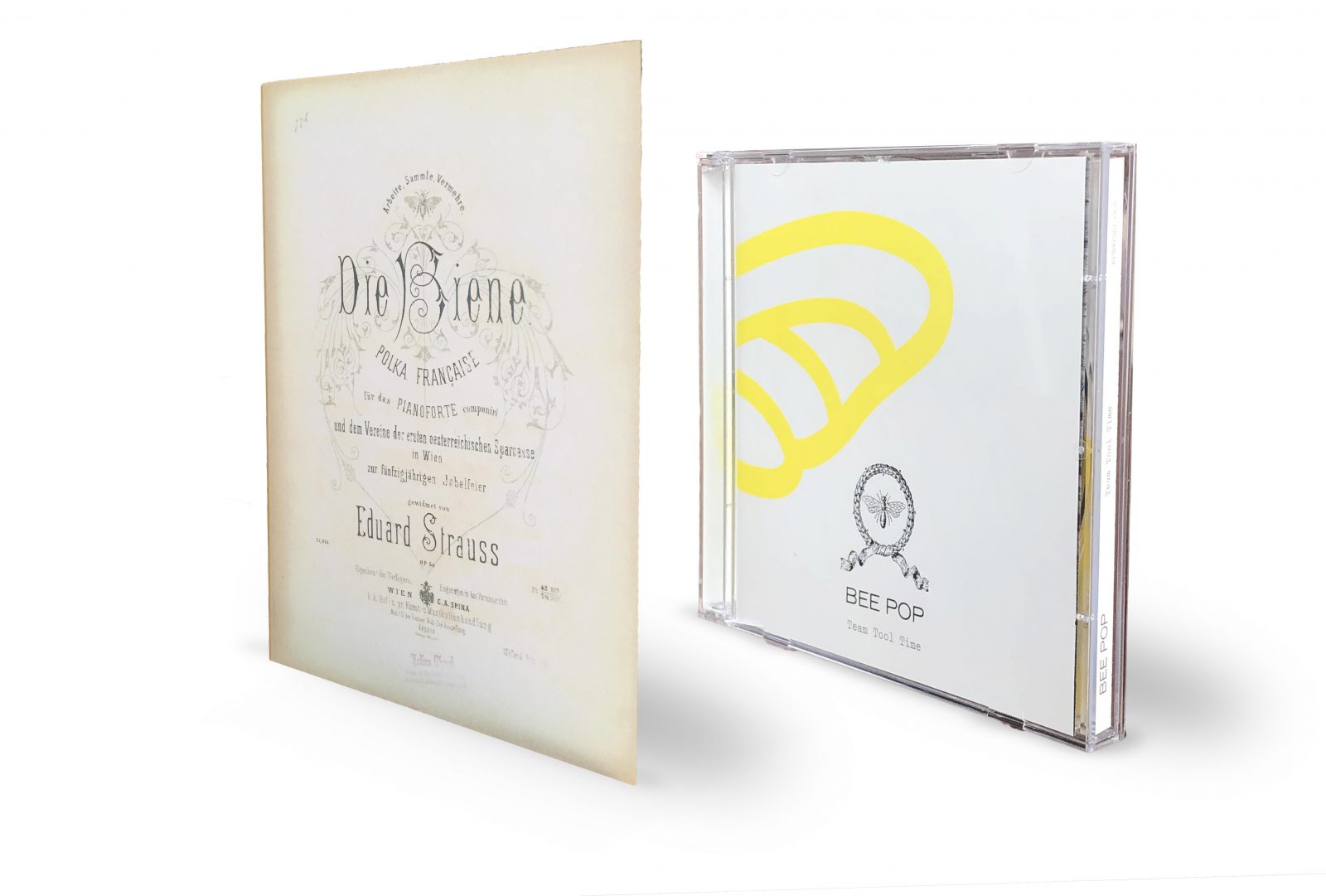 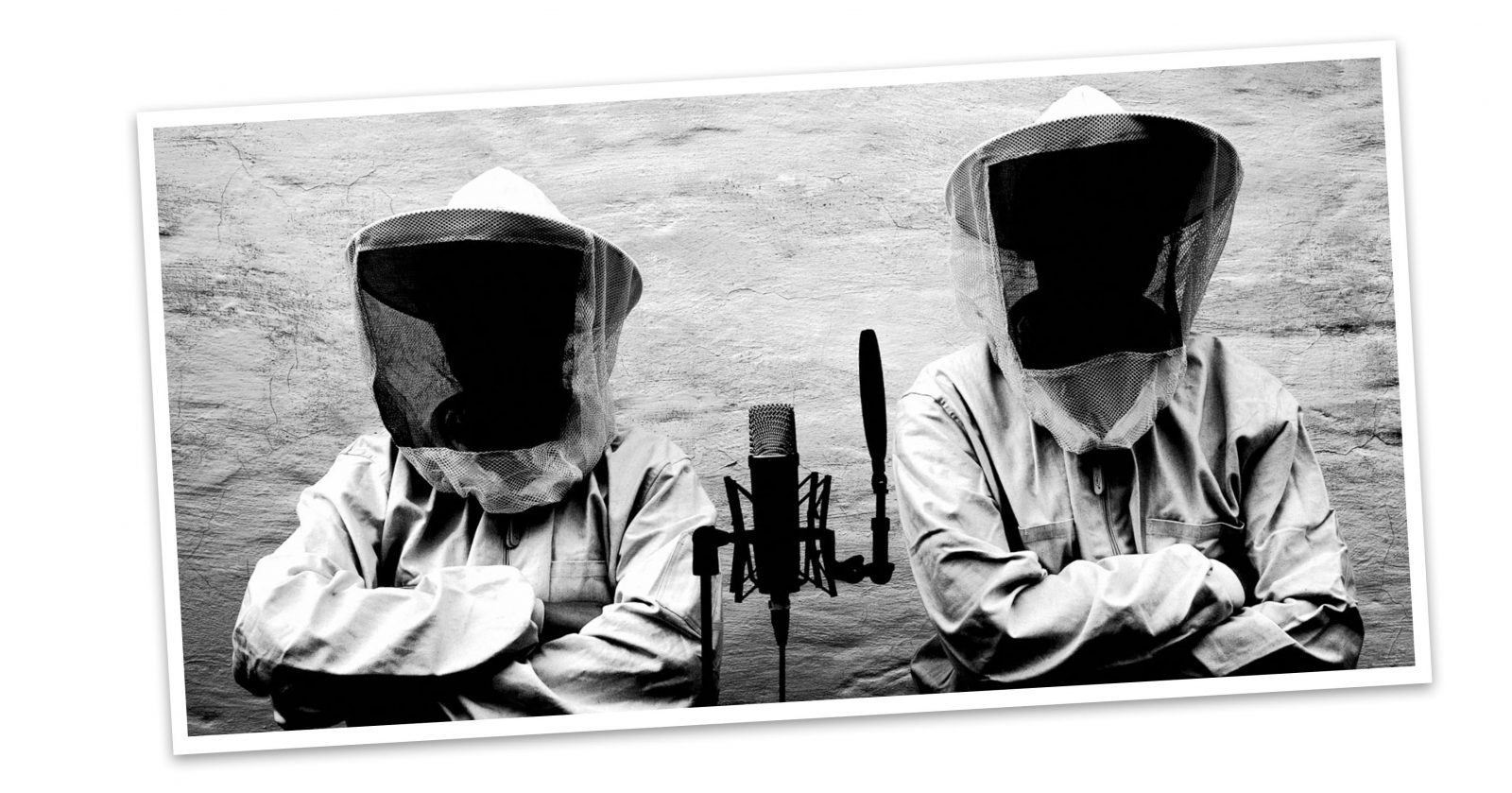 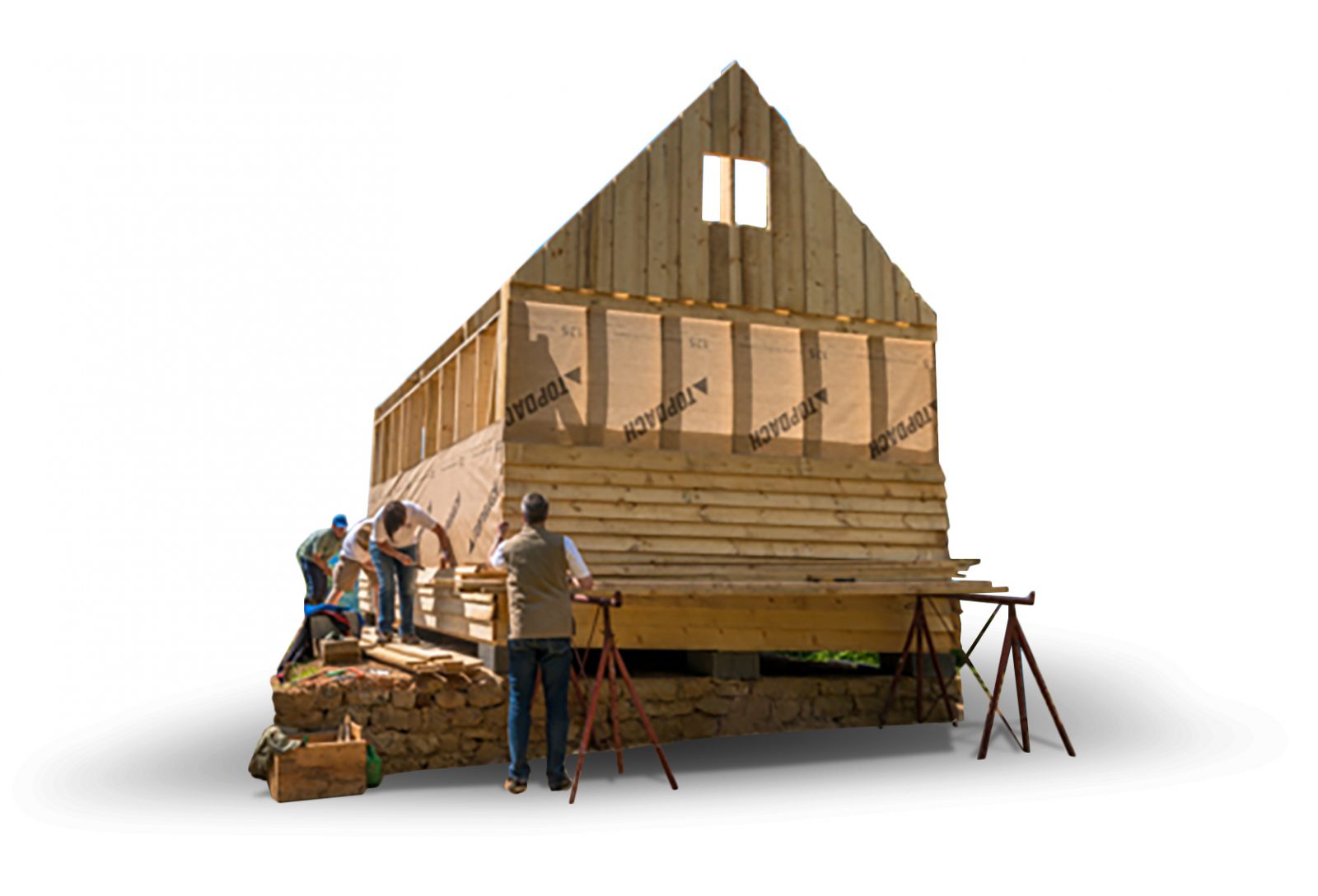 Solidarity, civil society and responsible political action were part of the title of the 25th EFC Annual General Assembly and Conference of the European Foundation Centre in Sarajevo, standing as the motto for the whole year. For the first time, this philanthropy meeting took place in an Eastern European country and ERSTE Foundation was on the programme committee. It started to rain during the conference – and never stopped. The biggest flood disaster in recent history in the Balkans triggered a solidarity package from efc members.

ERSTE Foundation team took advantage of the minibus trip to Bosnia and Herzegovina to jointly build a house in Srebrenica in advance of the conference. For decades, the “Farmers Helping Farmers” NGO has been working there, enabling victims of war to return and start again with simple housing. There are only a few places where solidarity, civil society and responsible political action are so closely related and so often in conflict.

In autumn 2015, hundreds of thousands of people were fleeing to Central Europe via Hungary and Italy, hoping to escape the war in Syria or the violence in Iraq and Afghanistan. For many of them, the arduous journey led through Vienna. Erste Group’s new headquarters is right next to Vienna’s new main train station. The bank planned to move into the offices from 2016; the future ERSTE Foundation offices were still under construction. They were spontaneously furnished with bunk beds and converted into an emergency shelter for refugees for many weeks. 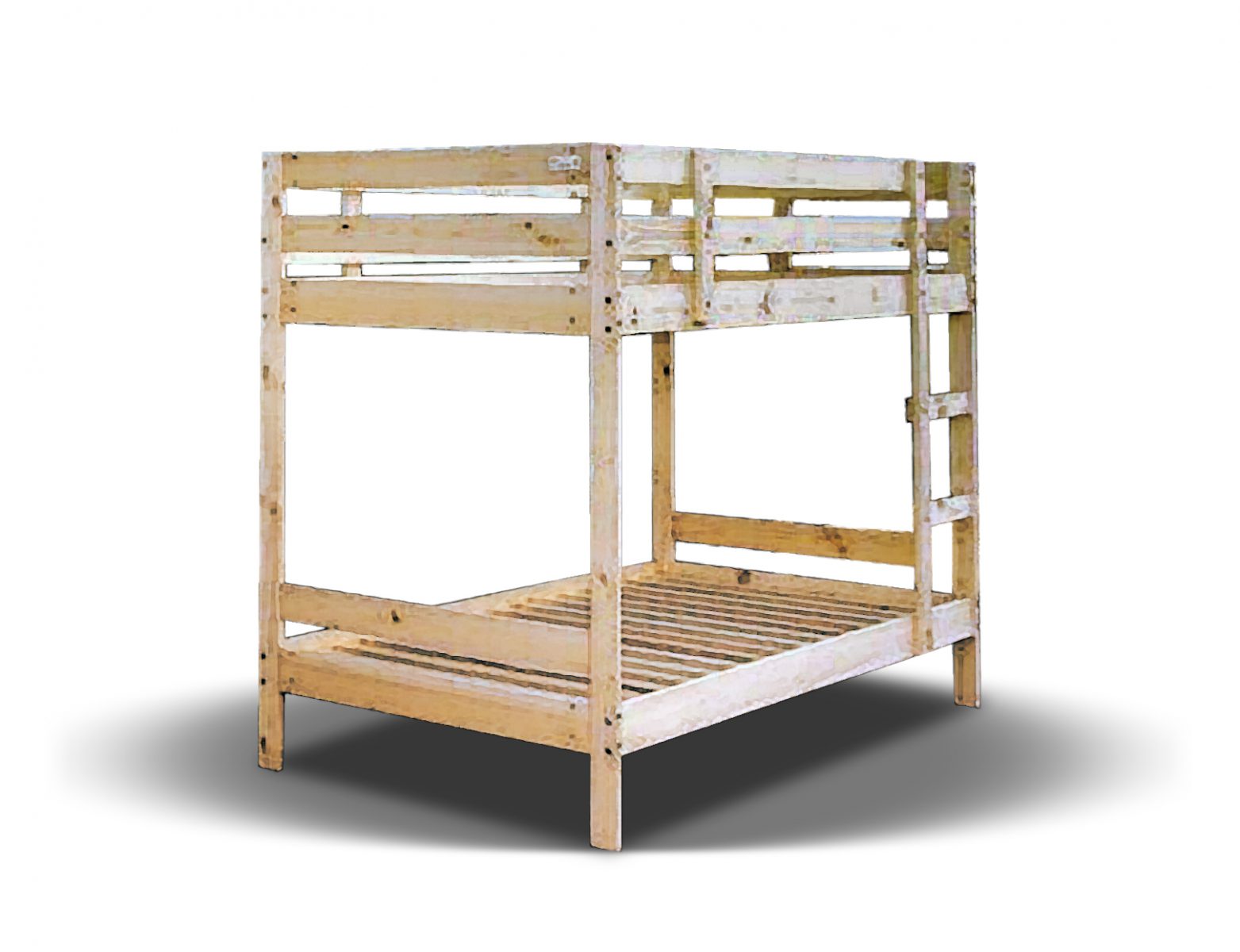 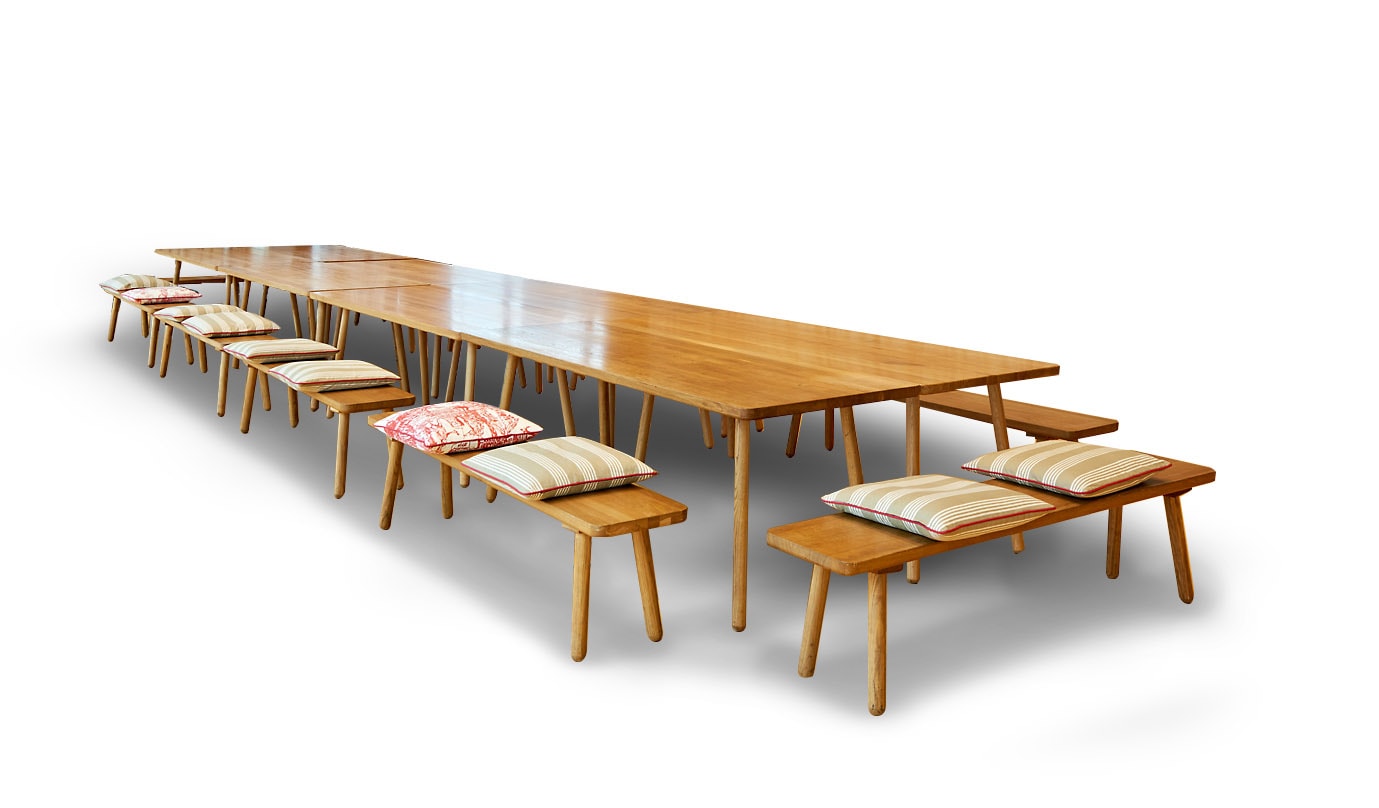 In 2017, ERSTE Foundation moved into its new premises on Erste Campus. In the centre of our current space is a large wooden table. This long working table has developed into a place of intensive discussions with our partners and reflection on our programmes. It also stands for the way the foundation works.

In 2019, Erste Bank and ERSTE Foundation celebrated 200 years of the savings bank idea, which, in times of industrialisation and urbanisation, had not only been civic-minded and economically viable but also innovative and audacious. Four quarterly events with lecture, workshops and seminars were approaching the guiding question: Are there still lessons to be learned from the savings bank concept in 2019? The chairs for the audience of Francis Fukuyama’s talk on identity stood for diversity as well as uniqueness. https://www.erstestiftung.org/en/200 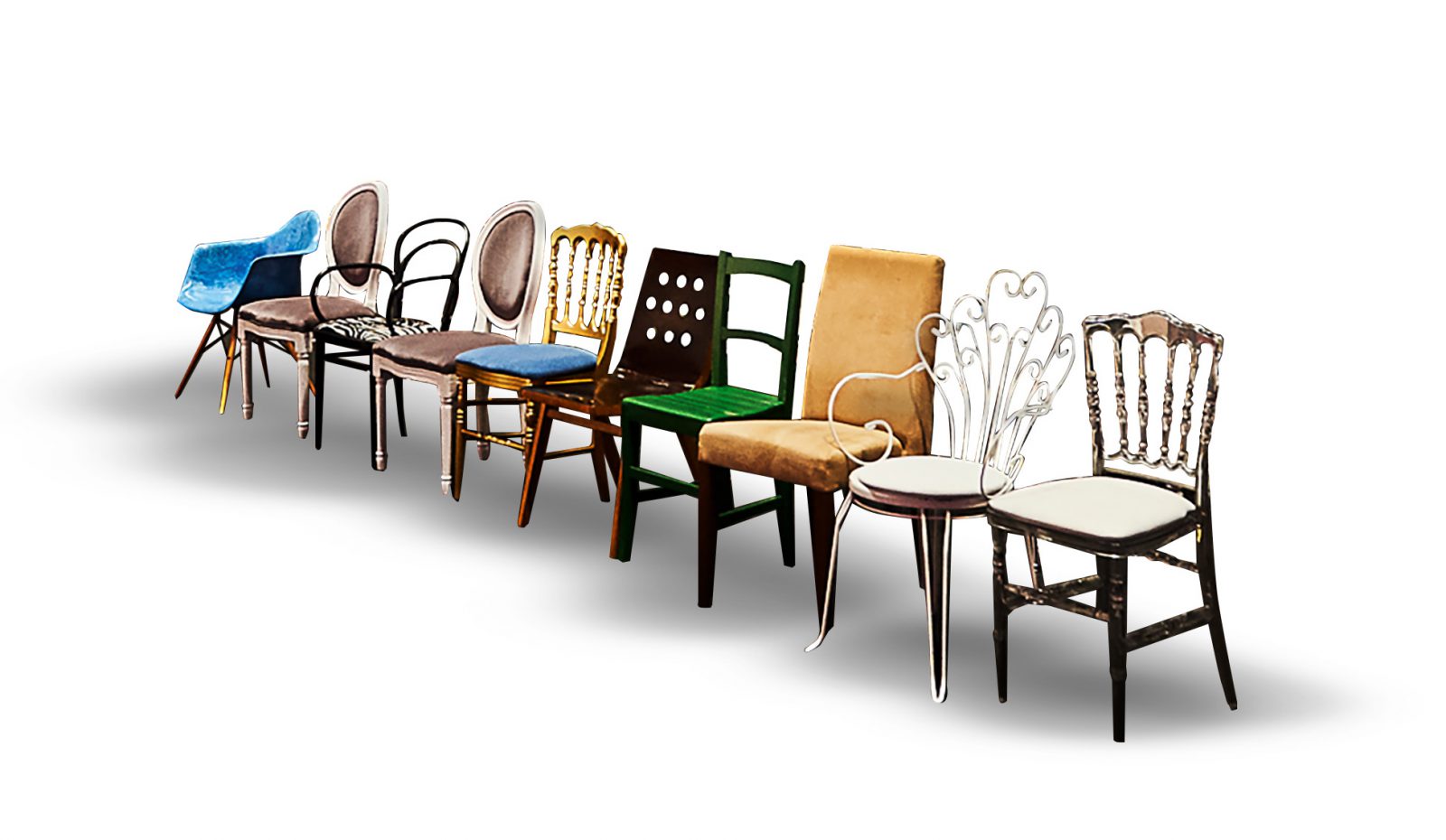 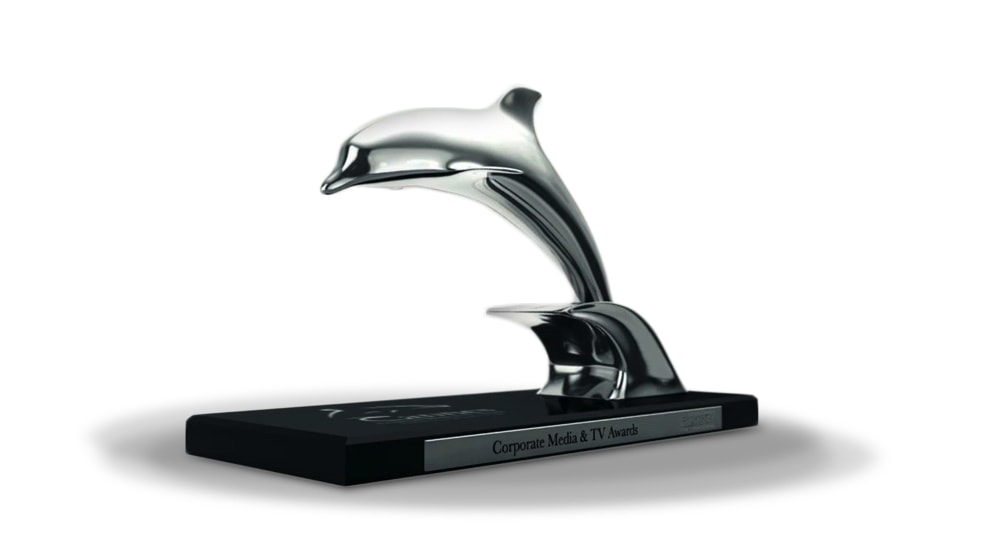 In 2019, the short film “See you in Vienna, May 2020!”, a visual invitation to the EFC Annual General Assembly and Conference 2020 in Vienna, was awarded a Silver Dolphin at the Cannes Corporate Media & TV Awards. Annually, the festival is honoring the world’s finest corporate films, online media productions and documentaries. The film was directed by Robert Neumüller, produced by Allegrofilm, and featuring André Heller and Kenan Al Baredi. It won in the category “Fairs, Shows, Events, Conference Openers”. (link to video clip: https://www.youtube.com/watch?v=8inNsNaxn5A)

In March 2020, the corona pandemic also arrived at ERSTE Foundation. Like everyone else in the world who could, we washed hands, kept our distance, covered our mouths and noses and worked in home office for most of the year. We have also done our best to ensure security and stability in the cooperation with numerous initiatives and partner organisations, although, at the same time, like many others, we had to face financial uncertainty. A difficult phase began that would extend well beyond the end of the year. Many projects could not carry out their programmes as planned. The NGO sector was hit by economic problems, but at the same time faced worsening social inequality. From the first moment of the crisis, however, it was important to us to lay the foundation for the new beginning. 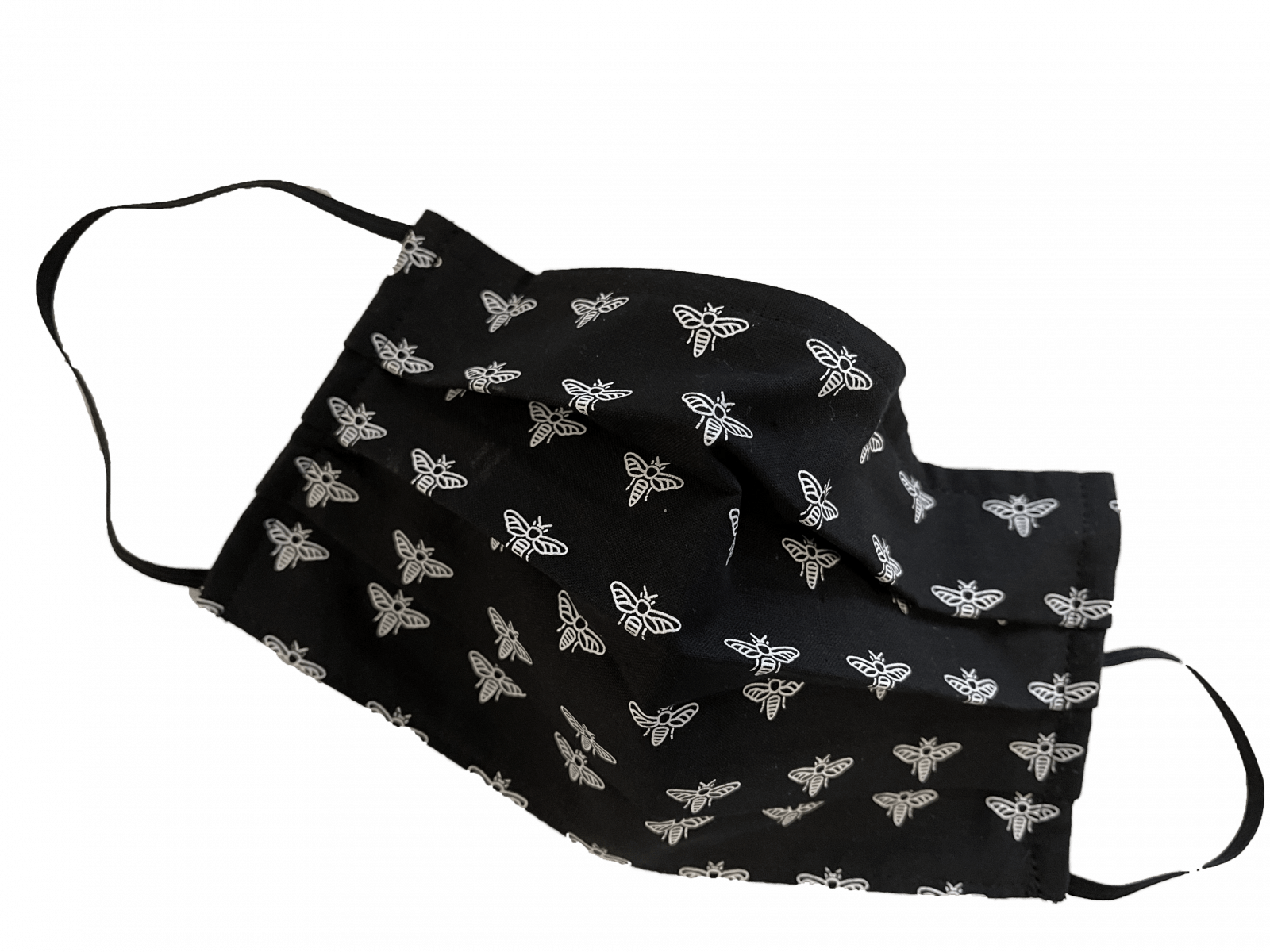