Thirty years ago, the Iron Curtain came down and opened up a tremendous range of opportunities for individuals, societies, and businesses in the region of Central and Eastern Europe. Back then, the today world famous political scientist Francis Fukuyama wrote the book The End of History and the Last Man. Suggesting that the end of communism would lead to the prevalence of liberal democracy, his theories are still triggering debates to this very day.

Federal President of the Republic of Austria 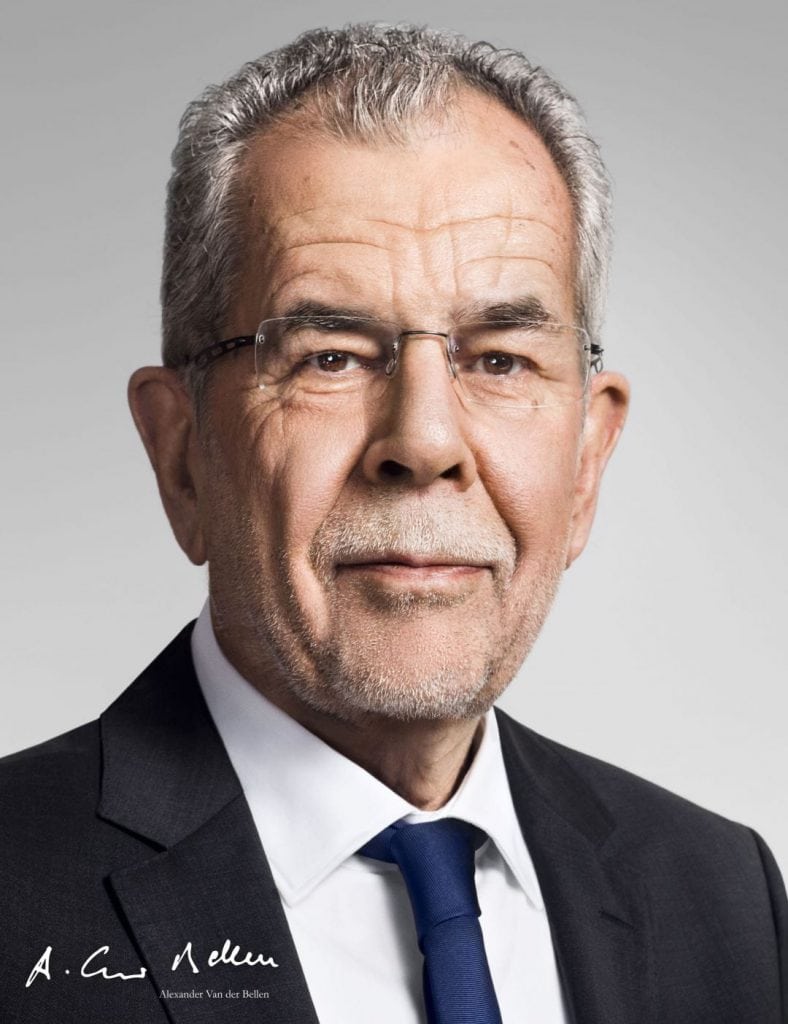 Thirty years ago, the Iron Curtain divided our continent into Western and Eastern Europe. To many, especially the young, the fact that barbed wire kept us apart from our neighbours in the East for decades is but a faint memory. Yet the repercussions of this past division of Europe can be felt to this day. The fall of the Iron Curtain was followed by the dissolution of the Soviet Union, the disintegration of what was once Yugoslavia and the Balkan Wars in the 1990s. Some of the conflicts that erupted in the course of these upheavals are just now being settled (note: North Macedonia) or are yet to be resolved.

At the same time, the countries in Central, Eastern and South Eastern Europe have achieved great things since then. Many of these countries, among them post-Soviet states, are member states of the European Union today – some of them have been for as long as 15 years. They are an integral part of our shared house of Europe. These countries – and their citizens – have fought for their place in the European Union with great commitment, yearning to be free. This has made the EU what it is today: an unparalleled and without a doubt successful peace project.

All of this we should not take for granted but defend unwaveringly. A return to closed-up, tiny states – and on a global scale, almost all EU member states are tiny – should be prevented in any case. I agree with European Commission President Jean-Claude Juncker, who has called for an EU that is capable of shaping world politics. We need a strong European Union that, on the inside, protects the fundamental rights of its citizens and, on the outside, jointly represents its interests and the interests of its member states on an international level with perseverance and conviction.

On-stage discussion
How do we foster democracy in Europe 30 years after the fall of the Iron Curtain?

30 years after ’89: Liberal democracy in danger
How exclusion and the loss of identity foster populism in Europe and what needs to be done to counter this trend.

Currently almost every democratic country is faced with a populist movement, pretending to be the better advocate of the interests of an ever-growing group of people that feel neglected. Particularly in states such as Hungary, Poland or Romania, the future of the democratic system is uncertain. These countries are increasingly governed in an autocratic and populist way, with free media and the independent judiciary under pressure and hatred against migrants and foreigners on the rise. Maintaining liberal democracy in this region would be of particular importance, particularly in light of the fact that Central and Eastern Europe is confronted with a variety of additional challenges. While the Vienna Institute for International Economic Studies (wiiw) records a slow increase in gross wages in most Central and Eastern European countries, wages are not yet fully aligned with those in Western Europe. According to the wiiw, the gross average wage for a full-time position in Bulgaria was EUR 491 in 2016, which does not even amount to 14% of the average wage in Austria. In Romania, the gross average wage was EUR 642, which amounts to 18.1% of the Austrian standard.

In addition, 30 years after the politico-economic transformation of Central and Eastern Europe, many countries of the region experience mass emigration, a trend that leads to a lack of skilled workers. It also leads to shrinking populations in general and to a decline in the working-age population more specifically. Countries such as Serbia or Romania have lost 20 to 30% of their population. According to the Bulgarian political scientist Ivan Krastev, more Eastern Europeans left their homes for Western Europe in the aftermath of the 2008 financial crisis than the total number of refugees that arrived in Europe as a result of the war in Syria. These structural problems partially explain the rise of populism in Central and Eastern Europe. What conclusions can we draw from these regional developments 30 years after the fall of the Iron Curtain? Are identity politics a detriment or a benefit to the European Union? As part of the Tipping Point Talks, these and other questions were discussed by the American political scientist Francis Fukuyama, Austrian President Alexander Van der Bellen, the Polish philosopher Karolina Wigura and Ivan Krastev on Erste Campus on 7 March 2019.

Emigration is a problem in Eastern Europe today

According to Fukuyama, the biggest threat to liberal democracy, particularly in Central and Eastern Europe, are identity politics that are focused on certain groups of people while neglecting the rights of the individual. This thesis is further elaborated in Fukuyama’s latest book: Identity: Contemporary Identity Politics and the Struggle for Recognition. In this book, Fukuyama explains that the left in Europe and the United States has been focussing more and more on the interests of a growing ‘group of marginalised people’, such as women, gays, lesbians or other minorities.

This led to a ‘loss of contact with white voters that used to be at the core’. The white working class had thus realised at some point that the left-leaning parties were not representing their interests anymore and therefore started to vote for parties on the far right instead.

For Fukuyama, the Greek term ‘thymos’ is key in this debate. He describes it as ‘the seat of anger and pride’ and illustrates it with concrete examples: ‘Human beings do not just want things that are external to themselves, such as food, drink, Lamborghinis, or that next hit. They also crave positive judgments about their worth or dignity.’

A common identity creates a sense of belonging

According to Fukuyama, it is the loss of dignity and identity that drives people to vote for parties on the far right. ‘Many people who started voting for the far right instead of the social democrats also have the feeling that their national identity is being watered down by migration’, says Fukuyama. ‘For me, the most important thing needed in Europe is a middle position that rejects a racist or ethnically- based national identity’, Fukuyama explains. A common identity and sense of unity could help support liberal democracies and steal the thunder from far-right and populist parties. Using the example of Hungary, Fukuyama says that a sense of unity would be particularly important because Viktor Orbán’s populism ‘is based on a Hungarian national identity and ethnicity, which automatically excludes everyone who is not ethnically Hungarian’. During the discussion, President Alexander Van der Bellen provided a slightly different point of view. Contradicting Fukuyama, he said, ‘Diversity is beautiful. The notion that a state is a homogeneous entity with homogeneous people is quite horrible.’

In addition to the loss of identity and dignity, Ivan Krastev identifies another reason for the rise of populism: ‘We live in the age of imitation. In Central and South Eastern Europe, we wanted to imitate the model of liberal democracy. The revolt and rise of the far right in these countries is because Eastern Europeans no longer want to imitate the West’, Krastev explained on Erste Campus. The model of imitation has led to the fact that there ‘never was true recognition for the region’s own successes’. Krastev therefore calls on Europe to take this point into consideration when trying to support liberal democracy in Central and South Eastern Europe. ‘The main challenge is to find a way to criticise the authoritarian turn in the East without insisting that imitating the West is the only true mark of democracy.’ Karolina Wigura, a Polish philosopher, adds another aspect to the discussion.

She identifies the fear of the future as a determining factor in the societal discourse in Poland (and Great Britain). ‘After 1945 Europeans were fearful of the past. Today people are afraid of the future’, she said at the Tipping Point Talks. President Van der Bellen added to this, ‘Leftleaning people and liberals have to stop fearing everyone and everything.’ It would be important to explain to people in a much more convincing way why a united Europe with open borders and free trade is necessary. In doing so, one could also learn from populists. ‘Europe has to be explained in an emotional way and that is, sorry to say, a little bit populist’, Van der Bellen concluded. Fukuyama furthermore explains that in the long run, a European identity will be needed that can actually replace the national identities of individual member states. ‘Europe still awaits a common identity.’ He encourages the EU to ‘define a common citizenship’ that should be based on the acceptance of principles such as freedom and democracy.

Undemocratic values must not be accepted by host societies

Fukuyama believes that a common attachment of all groups to norms such as the state, fundamental rights and the constitution would help to counter the rise of populists. The suggestion is similar to Jürgen Habermas’ notion of ‘constitutional patriotism’. ‘What is needed is a national identity that is based on universal democratic ideas. Because we need a basis that holds a country together’, says Fukuyama. It is about a common identity that everyone can identify with, and that has very little to do with religion or ethnicity. Acknowledging this identity should become a principle for all people, also for those who want to immigrate. Because it would be wrong to accommodate migrants who may have very different values, some of which may even be undemocratic.