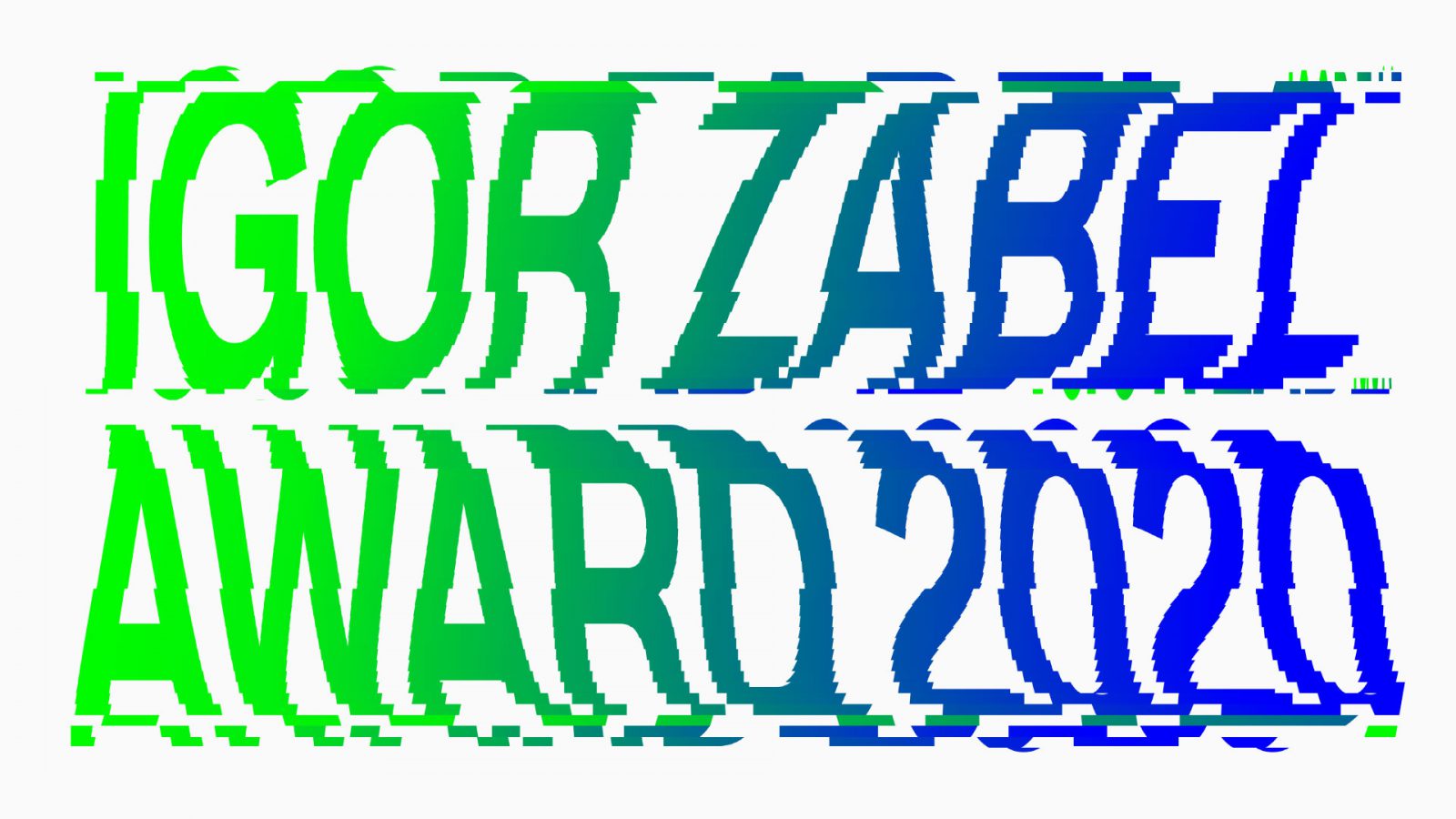 Ljubljana/Vienna, 11/3/2020. On 4 December 2020, at the biannual ceremony in Ljubljana, Zdenka Badovinac will be awarded for her outstanding institutional leadership as the director of the Moderna galerija/Museum of Modern Art and the Museum of Contemporary Art Metelkova (+MSUM) in Ljubljana as well as for her radical curatorial work and significant contributions as a writer and editor to international discourses on the geopolitics of contemporary art in Eastern Europe and global art history. Igor Zabel Award Grants will be given to Slavcho Dimitrov, Katalin Erdődi, and Ivana Bago.

The Igor Zabel Award 2020 jury recognizes Zdenka Badovinac asone of the most important and rigorous locally rooted and globally connected professionals in the field of cultural production in recent decades. Badovinac became the director of Moderna galerija in Ljubljana in 1993. According to the jury, since she was appointed to this post, and through her curatorial innovations, Zdenka Badovinac has made Ljubljana’s Moderna galerija into one of the most progressive, critical, and referential art institutions worldwide. The jury also emphasizes Badovinac’simportant contribution to new paradigms in art theory, the politics of art, curatorship, practices of exhibiting, institutional critique, and strategies of solidarity within the (institutional) contemporary art field. Her remarkable achievements prove that the tremendous subversive potential for radical change lies not only in professional expertise, but also in combining this expertise with personal devotion, a sense of solidarity, and a commitment to building alliances.

The jury also awards two grants, one grant recipient is selected by the award laureate

A three-member international jury selects the laureate and recipients of two grants based on proposals given by ten nominators. The third grant is selected by the laureate.

This year’s Igor Zabel Award Grant recipients selected by the jury are:

• Slavcho Dimitrov (Skopje), activist, cultural theorist, and curator, in recognition of his contributions to reimagining the cultural and social life of the Western Balkan region, and for bringing LGBTQIA+ and women’s rights and struggles to the heart of that vision.

• Katalin Erdődi (Vienna/Budapest), curator, dramaturg, and cultural worker, in recognition of her locally embedded and inclusive curatorial practice, distinguished by its scope as well as its critically reflexive and joyful qualities.

The third grant recipient is selected by the laureate. This year Zdenka Badovinac selected Ivana Bago (Zagreb), curator, art historian, and art writer, in recognition of her excellence and insistence on the art historical research, writing, and exhibiting of Yugoslav and Eastern European art.

The international conference The Entire World as Our World and the discussion Borderline Syndrome and Energies of Defence will also take place on the occasion of the 2020 Award Ceremony.

27 November 2020, Kino Šiška, Ljubljana and the World Wide Web
The discussion Borderline Syndrome and Energies of Defence will kick off this year’s programme. Twenty years after Ljubljana hosted the European Biennial of Contemporary Art Manifesta 3 – for which Igor Zabel acted as coordinator – we return with Šejla Kamerić, Renata Salecl, and Kathrin Rhomberg to its central theme – “borderline syndrome and energies of defence” – and look at it through the lens of today’s realities.

3–4 December 2020, Moderna galerija, Ljubljana and the World Wide Web
The international conference The Entire World as Our World – prepared in collaboration with Moderna galerija, Ljubljana – reconsiders the universal during the era of global capitalism and pandemic, and aims to rethink our common future and the presence of art in the (entire) world that is (not yet) our world. Speakers include: T. J. Demos, Suely Rolnik, ruangrupa, Apolonija Šušteršič, Alberto Toscano, and Alenka Zupančič.

About the award
The award is named in honour of the distinguished Slovenian curator and art historian Igor Zabel (1958–2005) and is an initiative of the ERSTE Foundation (Vienna). The award has been conferred biennially since 2008 in cooperation with ERSTE Foundation (Vienna) and the Igor Zabel Association for Culture and Theory (Ljubljana). With a total prize money of EUR 76,000, it represents one of the most generous and prestigious awards for cultural activities related to Central, Eastern, and Southeastern Europe.

About Igor Zabel Igor
During his entire professional life, Igor Zabel (1958–2005) was actively involved in many fields of theory and culture – as an art historian, modern and contemporary art curator, writer, literary and art critic, columnist and essayist, translator, and mentor for new generations of curators and critics of contemporary art. As an art historian and curator of Ljubljana’s Moderna galerija, Zabel contributed importantly to the proper historical placement of historical avant-gardes and neo-avant-gardes as well as to contemporary artistic practices in Slovenia and the broader region. His writings represent significant contributions to discourses on the geopolitics of art in Eastern Europe.

Igor Zabel Association for Culture and Theory
The Igor Zabel Association for Culture and Theory was founded in 2008 by Zabel family members and the ERSTE Foundation. The association’s objective is to highlight the importance and ongoing influence of Igor Zabel’s work, especially in the field of visual arts. By organizing different public programmes, the association supports art history and theory as well as contemporary art and curatorial practices in the region of Central, Eastern, and Southeastern Europe, and beyond. www.igorzabel.org

ERSTE Foundation
The ERSTE Foundation is a creative workshop for ideas and innovation, a lab for topics of the future which increases its effectiveness through strategic cooperation with networks. As the main shareholder of ERSTE Group, the ERSTE Foundation secures the independent future of one of the largest financial service providers in Central, Eastern, and Southeastern Europe. As a private Austrian savings banks foundation, the ERSTE foundation is committed to serving the common good. We believe that artists need (free) spaces for their production, and that theorists need international recognition, and that both, artwork and theoretic interpretation, should be made accessible to a larger public. www.erstestiftung.org